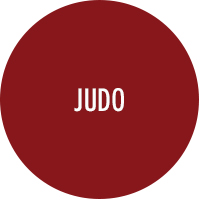 The word JUDO literally means “Gentle Way”, and is originally derived from the ancient art of JIU JITSU, which is a system of unarmed self-defence. Judo is a clean competitive sport, exciting to watch, and one of the fastest growing sports in Canada today. In the 1964 Olympics in Japan, Douglas Rogers won a silver medal for Canada. Since then, Canadian Judo has shown much progress in both the Pan American Games and the World Championships.

Why Learn Judo?
Anyone can learn Judo, young, old, man, woman or child. All can benefit from the physical and mental training of Judo. Shy children can develop more self-confidence, aggressive children learn to control their emotions more readily. Judo training and Judo philosophy also develop personal self-control, physical well being and peace of mind.

Curriculum
Judo Canada approves the Judo program being taught at the Centre for Martial Arts. The Judo program presented is one that follows the traditional Japanese grading system that ranges from the white belt of the novice up to black belt level of an instructor.
The levels in this grading system are 1. White Belt, 2. Yellow Belt, 3. Orange Belt, 4. Green Belt, 5. Blue Belt, 6. Brown Belt, 7. Black Belt (1st Dan).  At each belt level the student must learn a specific number of techniques and be tested on those techniques before he/she can move up to the next level.

The time required for a student to advance from one belt level to the next will depend upon the number of times a student attends class in a month as well as the effort each student puts forth in training. As the student advances in ranks, the time in each rank will increase as the technical skills required become more demanding and challenging.

Each student will receive a training syllabus to ensure that they know the requirements at each belt level. In order to practice Judo each student will be required to wear a traditional white martial arts uniform called a Gi. 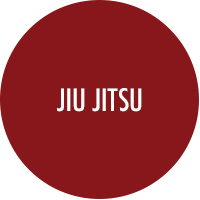 Modern Jiu Jitsu is a traditional Martial Art that has evolved over many centuries. This is a collection of unarmed combat techniques developed by Japanese Samurai Warrior families to defeat their enemies in war and conflict. These techniques are as valuable to the protection of modern citizens as they were during the feudal era.

The employing of powerful strikes, pressure point control, locking techniques as well as dynamic throws and ground fighting make this a complete martial art. The student of Jiu Jitsu will attain both a good level of fitness and self-confidence with regular training. Grading system is the same as listed for Judo above. 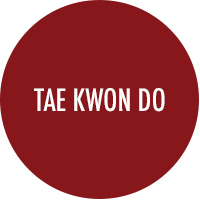 Originating in Korea, Tae Kwon Do (WTF) is one of the most popular martial arts in the world with practitioners in over 160 countries.

A recognized Olympic sport Tae Kwon Do literally translates as “the art of foot” (kicking), hand (punching) and of the way. Based on the inter-related concepts of discipline, focus, humility, perseverance and indomitable spirit, Tae Kwon Do continues to attract millions of new students every year.

Tae Kwon do is a phenomenal aerobic exercise, not to mention fun and easy to learn.

Youth & Junior Program
5 Reasons Your Child Should Be In A Centre For Martial Arts TKD Program:

Adult Programs
If you’ve ever thought about taking martial arts or trying a new fitness method our TKD Adult Programs are for you. Our fun and easy beginner classes will start you on the right path. Our curriculum is designed to help you to learn proper technique while getting your body in great shape. You will relieve stress and tension as well as improve your focus, concentration and self-discipline. Come in for a free trial and see immediate improvement. 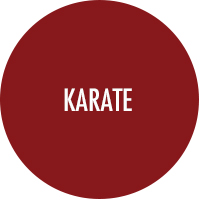 Karate-Do (Way of the Empty Hand) is a Japanese martial art originating from unarmed self-defence techniques.

Shotokan Karate was developed by Gichin Funakoshi in Japan in the 1930s and has become widely practiced around the world. What sets the Shotokan style of karate apart from other styles are its deep, exaggerated movements, the dedication to discipline and the style’s global reach and consistency. We use time-honored training methods to teach traditional Shotokan Karate under the Karate International system. Our karate is recognized world-wide and registered under the Olympic umbrella.

The Shotokan Karate program at the Centre for Martial Arts is directed by Sensei Joseph Manzoli and Sensei Marco Paravani.  We focus our karate practice on harnessing strength, confidence, respect and discipline. Through the physical practice we develop outer strength of body and inner strength of mind and spirit. We learn to move and speak with more confidence and build up a greater sense of self-confidence and self-esteem. The unique focus on traditional practices sets us apart and helps students to gain respect for themselves and others by having greater discipline and self-control.

“Kobudo”, an advanced weapons training system, is introduced in the Advance program.  The bo, sai and tonfa are just some of the weapons which are included in the Shotokan Karate curriculum at the Centre for Martial Arts. 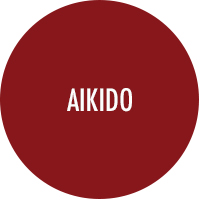 The students of Aikido train to control an aggressor by redirecting his or her power through circular and linear movements. The system utilizes the application of locks, pressure points, chokes and throws.

Aikido is a non-competitive system of study. Yoshinkan is commonly referred to as the hard style and is practiced by the Tokyo riot police force in Japan. It is considered to be the most combative of Aikido styles, founded by Kancho Gozo Shioda sensei.

Belts
In Renshinkai Aikido, the ranks and grading are as follows: